F Sanders, Islington.
This company continued at the same time as Homer, Griggs and John Cooper & Sons. However unlike the work produced by the aforementioned, it appears that Sanders's is not a collectable as say John Cooper or Griggs for that matter. This is very much a matter of personal choice as we find the work of Sanders certainly equally to the work produced by Homer, Gunn and Saunders of Yarmouth, but in terms of attention to detail they are inferior to that of John Cooper. Given the close proximity to the workshop of Coopers, Sanders is very similar in both the species that have been preserved and the use of both flat fronted and bow fronted cases. The groundwork and use of reeds to the rear of the cases tends to be similar and perhaps duller than Coopers as do the general finish on the fish. Sanders work tends to lok bland and the fish colouration either faded quickly or simply was not applied at all. As a consequence the fish, although well executed tend to look a little beige. This page is an attempt to begin compile the work of this taxidermist, to both compare styles and perhaps the changes in style during the period in which Sanders operated. 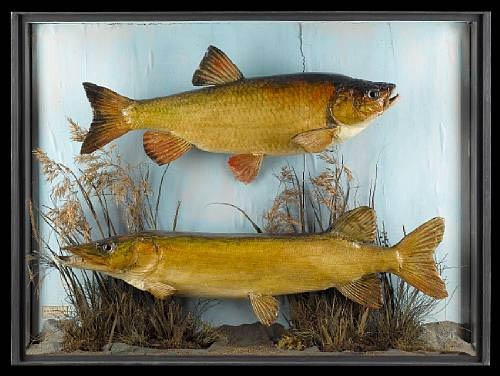 Pike and Chub by Sanders.
If we complare these fish on this page with say this Trout by Hardy Brothers, you can immeadiately see that the attention to detail to the markings on the fish is absent in the work produced by Sanders. 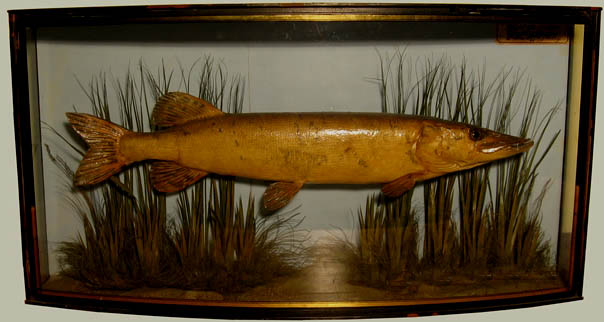 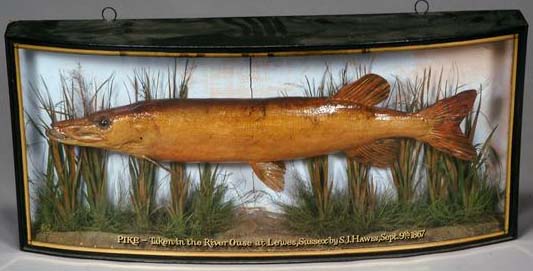 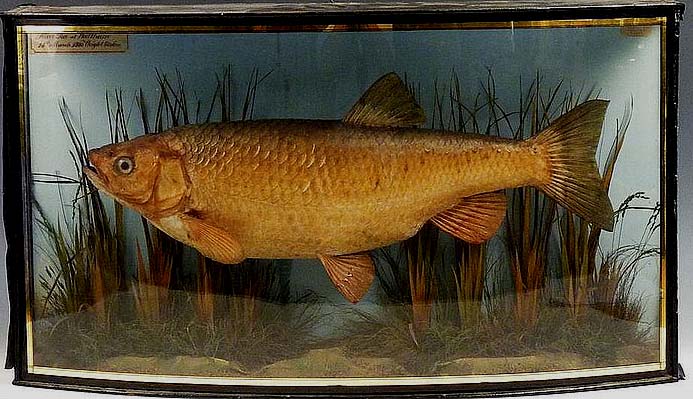 Chub by Sanders.
Taxidermy4Cash does not undertaken taxidermy, rather we are collectors of other people’s work, both current and historical we also offer web hosting, a search engine submission service and increasingly one of the larger article resource banks on the net. So if your keen to learn about Taxidermy etc, then you know where to look. We are always interested to here about new resource, if you feel a resource should be listed here then please contact us.