We get asked to recommend Bird Taxidermists in both the UK and America, by our friends, we now include below a list of those we have had favourable feedback on this is not a complete list, if you don't find what you're looking for then please feel free to contact us. If you also wish to link to us then your taxidermy information shall only be placed in the appropriate class. The "gallery" sections on this website feature Victorian and Antique Taxidermy by famous English Taxidermists that was produced before 1947. We are interested in Purchasing Victorian Taxidermy, please respond via this on-line form of what you have for sale. HERE 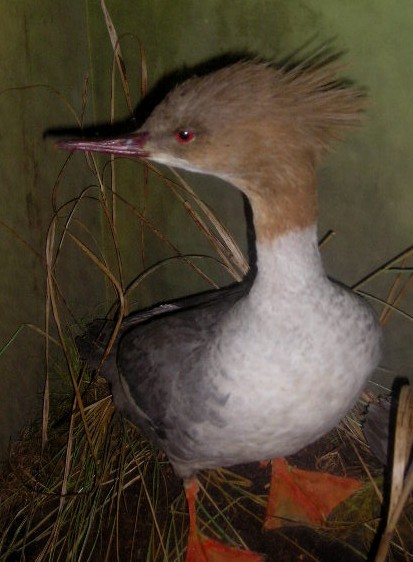 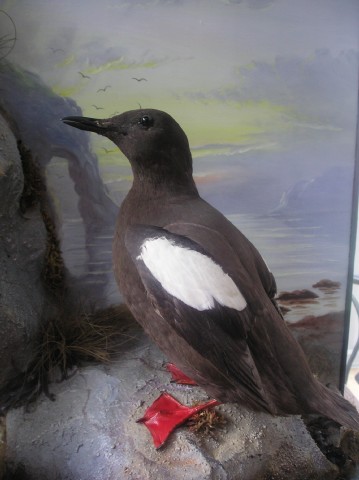 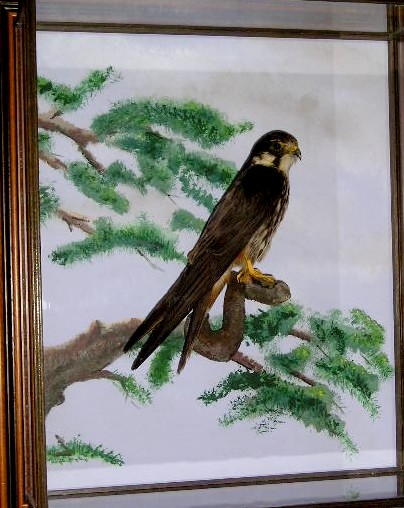 Fine European Male Hobby, by an unknown taxidermist. Victorian bird that has been re-cased. 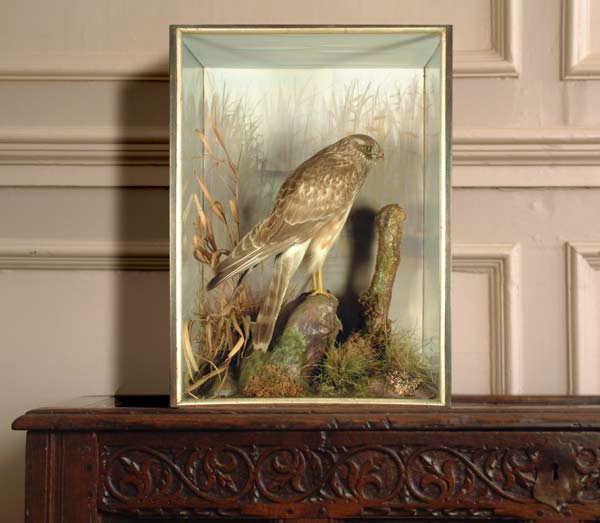 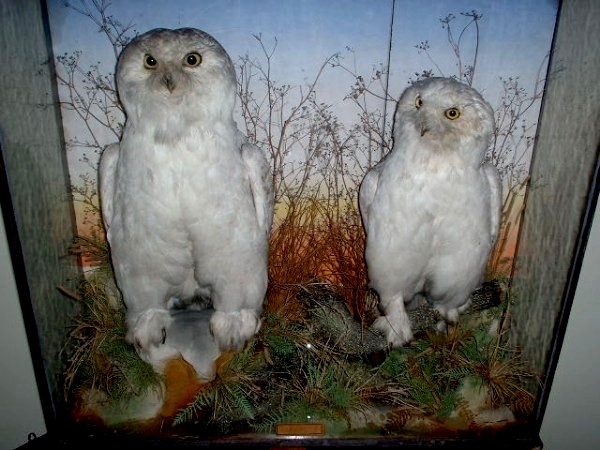 Close up of Snowy Owls by James Gardner of London. Victorian case. 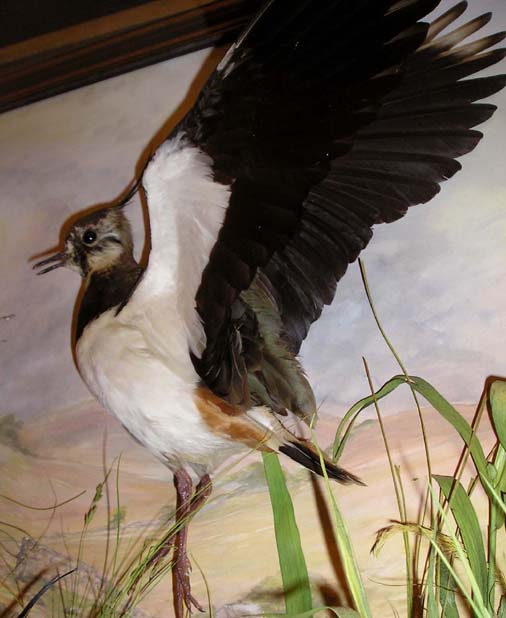 Lapwing in close up by AJ Armitstead. 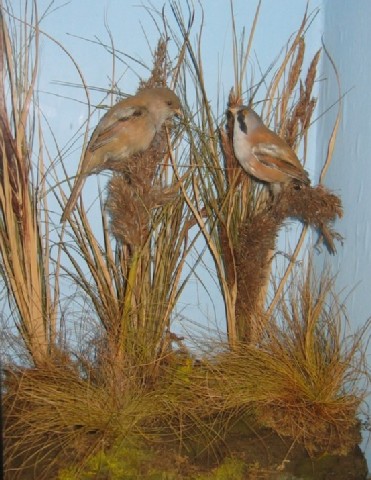 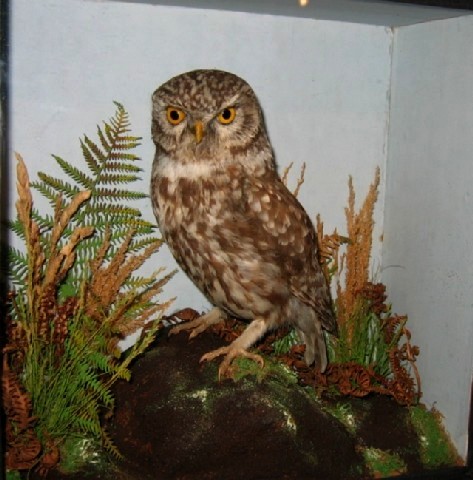 Little Owl by TE Gunn. Victorian case. A very rare and early case by a famous Norfolk taxidermist. Little Owls are an introduced species in the UK. Numerous unsuccessful re-introduction attempts were made in 1814, 1842 and the 1870s. Between 1889-90, large numbers of Dutch little owls were released in Northamptonshire with considerable success, demonstrated today as they appear to be in every County. 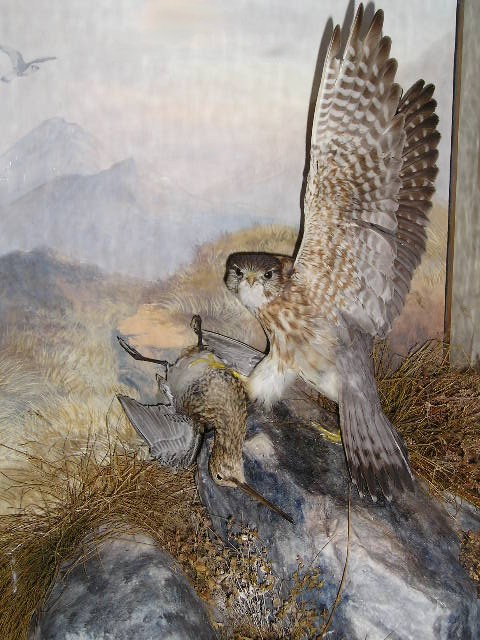 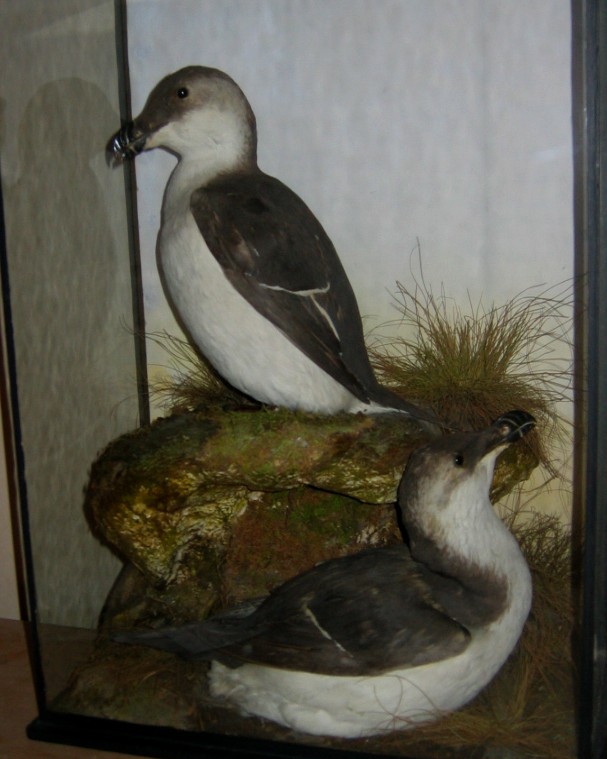 Victorian Razorbills in a pictureframe case by Griffin of Reigate. 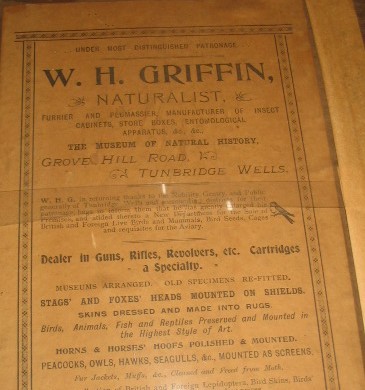 Trade Label for the Razorbills case as above by Griffin of Reigate.