Perhaps a neglected element of collecting is the data that many cases contain. Usually it denotes the date, place of capture, species and who undertook the securing of the specimen. Admittedly is it a very small window of information but a window nevertheless. It provides a portal into another time, attitudes towards fauna and flora. It also demonstrates the lengths and presumably not inconsiderable expense to secure specimens from across the globe.
Much of the data is simply handwritten on the backs of cases. More important taxidermists of their time, like Peter Spicer and Rowland Ward also incorporated the data more extravagantly into the cases. Written directly on rocks and pebbles. Carved into Ivorine plaques by example or simply scientifically written in a “copper plate” writing style on plain paper and then pasted into the case, normally along with a trade label. John Cooper, like many other fish taxidermists also preferred gold lettering in an ornate fashion on the inside of the case. We have also seen a case of terns by Williams of Dublin similarly lavished with gold lettering on the inside of the case. We have seen the most data produced by the fish taxidermists. This tends to proudly adorn the front of the cases in gold leaf lettering.
As pat of the continued expanse and dissemination of information we shall of course be adding to this page with the data that we encounter to further increase your reviewing pleasure.

This case is dated 1904 and it denotes the truly global nature of taxidermy. The label states that it was preserved in London and yet was presented back to South Africa. Rowland Ward undertook the taxidermy in this case. 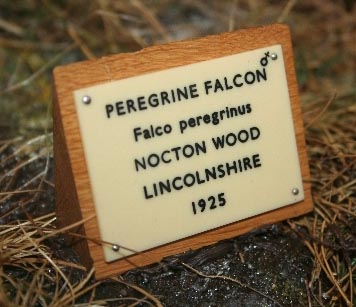 Data label from a case of a Peregrine Falcon with Garganey prey.
Single Golden Tench by John Cooper. Data from said case. 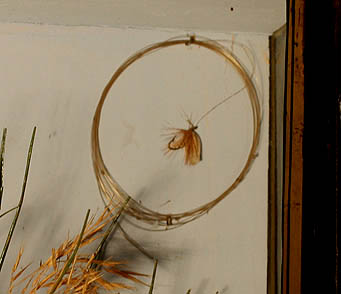 Data record within the case. This is the fly that would have caught the fish. Normally these are encountered for Trout and Salmon cases, but we also have seen Pike and Tench "dressed" in a similar manner, using their baits also. 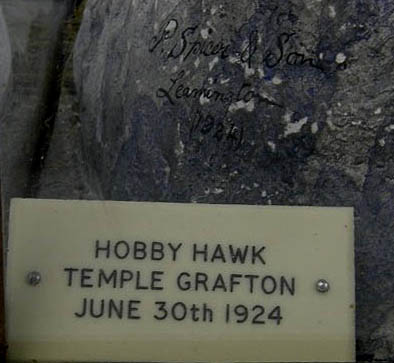 Data label from a case by Peter Spicer of a European Hobby.
Interesting insight into the data that goes into cases. This is from the case above. 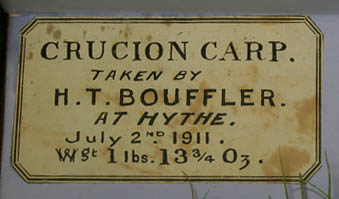 Data label from the case of Crucian Carp by Barnes.

For those of you interested in historcial taxidermy data, this is the rear of another stunning Peter Spicer case we recently viewed.
Close up of a Merlin case by Rowland Ward. 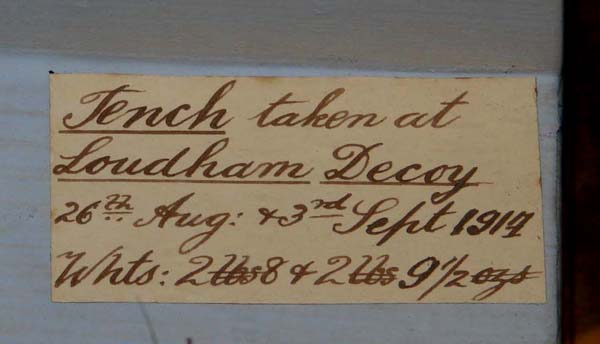 Data label from the case of Tench by Griggs. 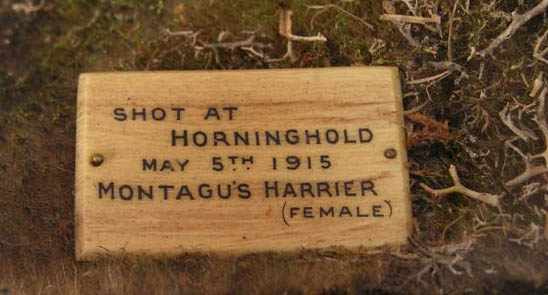 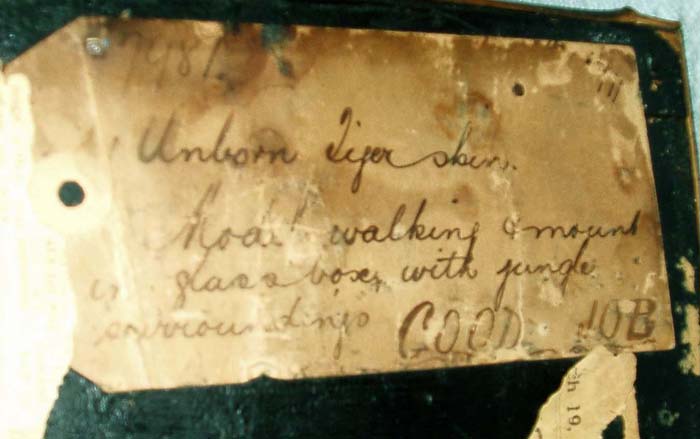 Victorian Tiger Cub label by Rowland Ward.
Woodcock by Peter Spicer & Sons, data from the case which reads" This woodcock was shot by H.G.T. at Achnaba on Monday 21st January 1929. The silver wedding day of H.J. & M.M. Parsons and their first days shoot at Achnaba. It was the 2nd woodcock shot & came out of the shrubs between the house & the road. (?) Guns, H.J. Parsons, H.G. Thomson and Neil Cameron (Keeper) with M.M.P.& “Ben” Lelp.Bag 11 pheasants, 5 woodcock, 1 snipe, 2 rabbits’. 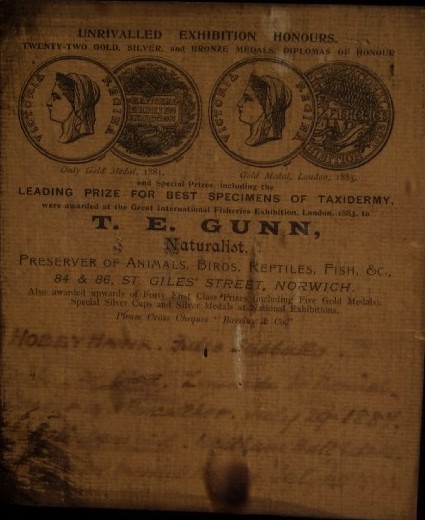 This case is dated July 29th 1887 in the handwriting of TE Gunn, depicting where and by whom the birds were obtained.Many Victorian taxidermist did employ "bird catchers" and the above are an example of this profession. 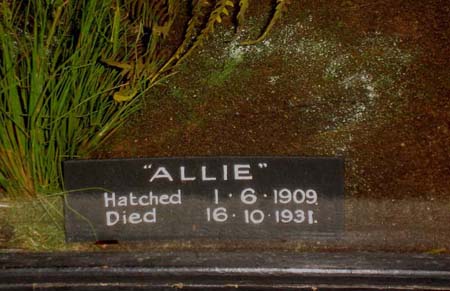 Edwardian Bantam "Allie" by FE.Gunn, data for the case. 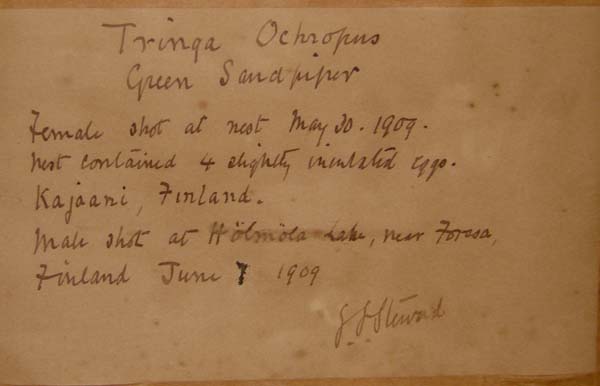 Data record on the back of the case.
Barbel by John Cooper & Sons. Written upon this rare and perhaps unique case is the complete data and date, given a wonderful insight into a bygone era.
Taxidermy4Cash does not undertaken taxidermy, rather we are collectors of other people’s work, both current and historical we also offer web hosting, a search engine submission service and increasingly one of the larger article resource banks on the net. So if your keen to learn about Taxidermy etc, then you know where to look. We are always interested to here about new resource, if you feel a resource should be listed here then please contact us.